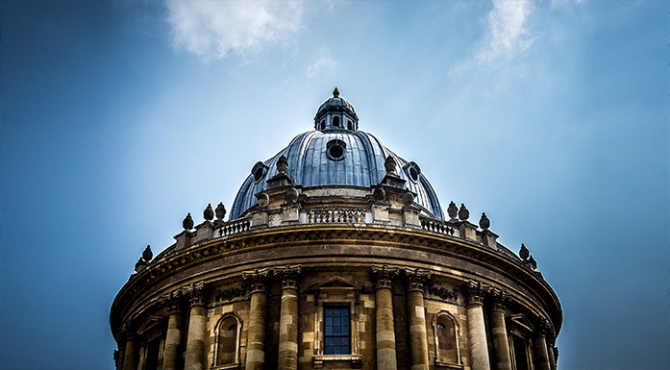 Higher education in England is regulated by the Office for Students (OfS), a Government regulator which replaced the Higher Education Council for England (HEFCE) and the Office for Fair Access (OFFA) in April 2018. The University of Oxford is classified as an exempt charity. This status requires the University to have charitable purposes and apply them for the public benefit, and comply with UK charity and company law. The Secretary of State is the Principal Regulator for exempt charities, and such institutions are not registered or directly regulated by the UK Charity Commission.

Council is the University’s principal executive and policy-making body. It is responsible for the academic policy and strategic direction of the University, for its administration, and for the management of its finances and property. It is also responsible to the OfS for meeting regulatory conditions. It is chaired by the Vice-Chancellor, Professor Louise Richardson.

Congregation is the sovereign body of the University of Oxford and acts as its ‘parliament’. It has just over 5,000 members, including academic staff; heads and other members of governing bodies of colleges; and senior research, computing, library and administrative staff. It has responsibility for:

The University’s academic departments, faculties and research centres are grouped into four divisions: Humanities; Mathematical, Physical and Life Sciences; Medical Sciences; and Social Sciences. Day-to-day decision-making in matters such as finance and planning is devolved to the divisions. The OII is an academic Department based within the Social Sciences Division. The OII has its own independent Advisory Board.

The University of Oxford is legally constituted, and operates in practice, as an interdependent association between the University, its academic divisions and substantively autonomous colleges. Its governance therefore is consistent with the requirements for a well-functioning partnership.

The OII is directed by Professor Phil Howard, who serves as line manager and mentor for numerous faculty, project researchers, and student personnel. Additional staff personnel take direction from Professor Howard, though administratively their direct line manager is the Department’s Head of Administration and Finance. The University of Oxford has a complete set of administrative, financial and human resources protocols that govern the planning involved with this programme of activities, and details about particular regulations and reporting relationships are available upon request. The staff support ensures compliance with the governance mechanisms in place, for example in advising on information security best practices and protocols, auditing, financial planning, and human resources.

In terms of contract signatories, the University is a highly devolved organisation and a significant level of authority is delegated to heads of units (such as divisions, departments, faculties and schools) as set out in the University’s Financial Regulations, which require all departments to: have an appropriate system of financial delegated authority, that ensures funds received or spent are properly controlled and their use monitored. Heads of unit can delegate the authority to sign contracts to other individuals within the unit.