There are obvious gaps in access to the Internet, particularly the participation gap between those who have their say, and those whose voices are pushed to the sidelines. Despite the rapid increase in Internet access, there are indications that people in the Middle East and North Africa (MENA) region remain largely absent from websites and services that represent the region to the larger world.

We explore this phenomenon through one of the MENA region’s most visible and most accessed source of content: Wikipedia. It currently contains over 9 million articles in 272 languages, far surpassing any other publicly available information repository. It is widely considered the first point of contact for most general topics, thus making it an effective site for framing any subsequent representations. Content from Wikipedia also has begun to form a central part of services offered elsewhere on the Internet.

Wikipedia is therefore an important platform from which we can learn whether the Internet facilitates increased open participation across cultures, or reinforces existing global hierarchies and entrenched power dynamics. Because the underlying political, geographic and social structures of Wikipedia are hidden from users, and because there have not been any large scale studies of the geography of these structures and their relationship to online participation, groups of people may be marginalized without their knowledge.

This relative lack of MENA voice and representation means that the tone and content of this globally useful resource that represents MENA, in many cases, is being determined by outsiders with a potential misunderstanding of the significance of local events, sites of interest and historical figures. Furthermore, in an area that has seen substantial social conflict, participation from local actors enables people to ensure balance in content about contentious issues. Unfortunately, most research on MENA’s Internet presence has been drawn from anecdotal evidence, and no comprehensive studies currently exist.

This project will therefore employ a range of (primarily quantitative) methods to assess the connection between access and representation, using MENA as the first step in an assessment of the inequalities in the global system.

Our key practical objective is to find the appropriate social mirror that will effectively represent Wikipedia’s presentation of MENA content and MENA contributors in such a way as to facilitate more content, more accurate content and more effective knowledge transfer between MENA and other global regions.

We intend to do this through both community outreach workshops and a website resource that enables individuals to compare the breadth and quality of articles on areas of similar population size across MENA.

We have now published several papers from this project, but most notably: Graham, M., Hogan, B., Straumann, R.K., and Medhat, A. (2014) Uneven Geographies of User-Generated Information: Patterns of Increasing Informational Poverty. Annals of the Association of American Geographers.

This project is supported by the International Development Research Centre (IDRC). 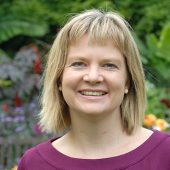 A Digital Guardian article which explores in depth the effects of language on internet use draws heavily on work done by OII researchers. 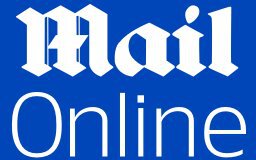 The world wide SPREAD: Map shows what the world would look like based on then number of internet users in each country

Following reports there are now more than a billion websites, Mark Graham and Stefano de Sabbata have created an interactive map that reveals just how far and wide these sites penetrate the globe.

Why global contributions to Wikipedia are so unequal

Mark Graham authors an article explaining why the unequal global representation in Wikipedia matters and why it impedes Wikiepedia's aim to be the 'sum of all human knowledge'.