The exponential development of Internet services and resources has brought enormous benefits and opportunities to ever more people. However, it has also greatly outpaced our understanding of their ethical implications, raising unprecedented social challenges, ranging from the protection of individual rights and the regulation of surveillance measures to access to data and information. In this complex scenario, Online Service Providers (OSPs) – such as for example AOL, Apple, Dropbox, Facebook, Google, LinkedIn, Microsoft, Twitter, and Yahoo – are major actors, which significantly influence the informational environment and users’ interactions within it. Such a role is unprecedented and problematic for OSPs as well as for other stakeholders, e.g. governments and citizens’ groups, as recent examples such as the PRISM scandal and the debate over the “right to be forgotten” have proved.

The task of the project is to analyse what OSPs’ new civic responsibilities are along with the policies regulating them. The ultimate goal is to provide OSPs – and in particular the Reform Government Surveillance (RGS) group – with a clear and viable ethical framework, which can help them to address the challenges lying ahead, while contributing to the social good.

The project has three objectives:

The outcome of the project will be presented during the workshop Understanding the responsibilities of Online Service Providers in information societies scheduled for October 2, 2015 at the Oxford Internet Institute and in a volume planned for the Law-Governance and Technology Book Series (Springer).

This work has been supported by Google. 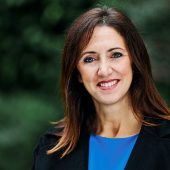