The crypto-anarchist narrative and vision behind blockchain technology holds that blockchains are powerful tools with which to decentralise much of society’s social, political, and economic infrastructure. Blockchains – which can be thought of as general-purpose, distributed transaction ledgers – could be used to symbolically represent any asset. Bitcoin for example approximates digital cash, and aims to change the nature of money in society by challenging the state’s control of monetary policy and taxation. However, the applications of blockchain technology extend beyond digital cash. Though corporations and governments currently provide the economic and political infrastructure for human exchange and interaction, technologists argue that blockchain applications could provide this same infrastructure without the intermediaries and gatekeepers, thus redressing existing power asymmetries.

Concretely, a blockchain is a distributed ledger that records all the transactions that take place within its network. Exchange on blockchains follow the rules prescribed by their protocols, leading them to be characterised as being decentralised, immutable, apolitical and trustless. Their protocols, it is argued, through being defined in code, are unambiguous, comprehensive and hard to change. Removing human agency also eliminates arbitrary, corrupt or inconsistent enforcement of rules; unlike in the social world, within a blockchain the coded protocol is the law that defines and regulates all interactions. I refer to this idea as ‘governance by the network’.

This is a notable achievement. Sociologists and political scientists have long been preoccupied with how to foster trust and overcome problems of cooperation and coordination. Game-theoretic models such as the prisoner’s dilemma illustrate the sordid outcome of human interaction in the absence of institutional and organisational fall-backs. The resulting challenge has been to find ways to impose limits on the power of these necessary institutions and organisations. Blockchains are a game-changer, it is argued, because they can replace these corruptible and fallible social constructs with impartial technological tools that would resolve the problems of cooperation and coordination.

However, whilst ‘governance by the network’ can indeed lead to novel ways of organizing social life, it does not circumvent the fact that the network must itself be created and governed. Blockchains are sophisticated and complex socio-technical systems. The protocol that defines a blockchain, the software in which it is instantiated and the hardware on which it ultimately runs are all inputs that are produced by diverse groups of people. Moreover, these components are constantly changing to integrate better technology, render the network more efficient, or patch vulnerabilities. This process of development is both a necessary part of a blockchain’s growth and a fundamentally social process. How the actors come together to produce, maintain, or change the inputs that make up a blockchain is a question of governance. I call this the ‘governance of the network’.

Initially, it was assumed that the process of governing the network was purely driven by technical considerations. However, it is hard to maintain this assertion in the face of mounting evidence to the contrary. Bitcoin’s block size debate is perhaps the most prominent example of a blockchain community facing complex governance problem that go beyond objective technical choices. What began as a disagreement about how best to scale the network evolved into a struggle over control of the protocol. The Ethereum community similarly faced the DAO crisis, in which a significant hack led to the ‘roll back’ of the Ethereum blockchain to neutralise the hack. Some in the Ethereum community disagreed with this, arguing that it violated the underlying assumption of immutability in the blockchain and went against the social contract of the project. Those against the roll back split from the community and continued running and maintaining the version of the blockchain where the hack had happened. These conflicts have been divisive and costly, and have undermined trust in the technology.

Most importantly, these governance problems will not stop. Blockchains, by regulating human exchange, have serious distributional, ethical, and political consequences. In other words, the rules that a blockchain enforces will inevitably create winners and losers. Those that produce and maintain a blockchain have varying degrees of control over these outcomes. Naturally, this results in conflict over what the rules will be and, more importantly, who gets to set those rules. The development of the blockchains becomes politicised as different interests try to assert control over the evolution of the protocol to shape it to suit themselves.

Understanding blockchain governance is critical to mitigate social conflict over blockchain protocols and in ensuring they remain functional. The promise of governance by the network – a techno-institutional solution to solving the problems of cooperation and coordination – can only work if the governance of the network is robust, fair and predictable. There is a tendency in the wider blockchain community to dismiss governance issues, and sometimes even to deny that they exist. There are a number of reasons why this is mistaken: social scientists have long known that even in supposedly non-hierarchical social communities, power relations and politics emerge to structure human interaction. Studies of open-source software projects and internet governance, both comparable to blockchains, have demonstrated the existence of governance in these contexts, whether formal or informal. The study of the governance of blockchains need not call for the formalisation and institutionalisation of current practices; instead it should be seen as a necessary step to better understand the current ways in which blockchains are produced, how they change, and how conflicts over their protocols are resolved. 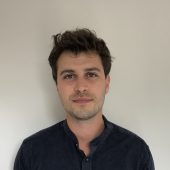 Odysseas Sclavounis is a DPhil student at the OII and also at the Alan Turing Institute. His research focuses on the governance of public blockchains, specifically Bitcoin and Ethereum.