I’ve got a new draft paper out with a host of colleagues here at the OII entitled Does Campaigning on Social Media Make a Difference? Evidence from candidate use of Twitter during the 2015 and 2017 UK Elections. There’s an enormous volume of research on the activities of politicians on social media, especially around election time, but not a lot of it has actually addressed whether this activity ‘makes a difference’, i.e. helps to win votes. Part of the reason for this is that measuring ‘campaign effects’ is quite difficult (unless you can convince campaigns themselves to participate in field experiments) and most of the data is purely cross-sectional which means a host of causality problems in this type of context.

Our study improves the situation by taking advantage of the fact that the UK has recently had two general elections in quick succession, and a considerable proportion of politicians (around 800 in fact) fought in both of them. This allowed us to create a panel dataset of politician social media use (in particular their Twitter activity) and electoral outcomes, which allows for much stronger causal claims (essentially we look at whether a change in the level of social media use by candidates was correlated with a change in vote share outcomes, controlling for factors such as the party they belong to). The results were pretty interesting – we found a large amount of Twitter activity, spread throughout the country (see graphics), which support the idea that social media use is now a normal part of political campaigns. However the level of effort did vary quite a lot and this allowed us to explore our key interest, where we did indeed find that increasing Twitter activity correlates with increased levels of votes, even in this pretty strong panel data design. So – some good supporting evidence that politicians aren’t wasting their time on social media! 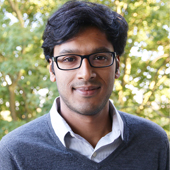 Bharath is a political geographer focusing on data science and local government and the ethics and politics of researching violent online extremism. 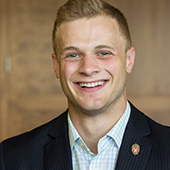 Selected as a Marshall Scholar, Andrew holds a BA in Political Science & Communication (Univ. Wisconsin-Madison, 2014) and an MSc in Comparative Politics (LSE, 2015).