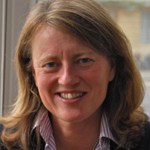 The environment in which public policy is made has entered a period of dramatic change; one in which ‘big data’ presents both promises and threats to policy-makers. Big data offers a chance for policy-making and implementation to be more citizen-focused, taking account of citizens’ needs, preferences and experience of public services. But it is also technologically challenging for government, and presents new moral and ethical dilemmas to policy makers. OII Director Helen Margetts discusses how policy-makers might respond to this changed environment. 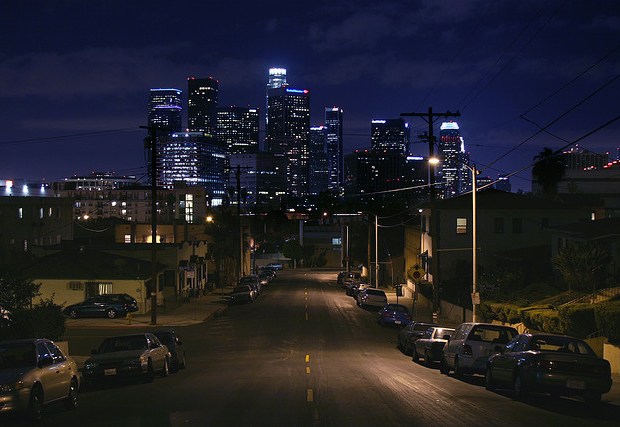 Predictive policing has had some success in California, where robberies declined by a quarter after use of ‘PredPol’ policing software, but could lead to a “feedback loop of injustice”. Los Angeles at night by Kolby.

The environment in which public policy is made has entered a period of dramatic change. Widespread use of digital technologies, the Internet and social media means both citizens and governments leave digital traces that can be harvested to generate big data. Policy-making takes place in an increasingly rich data environment, which poses both promises and threats to policy-makers.

On the promise side, such data offers a chance for policy-making and implementation to be more citizen-focused, taking account of citizens’ needs, preferences and actual experience of public services, as recorded on social media platforms. As citizens express policy opinions on social networking sites such as Twitter and Facebook; rate or rank services or agencies on government applications such as NHS Choices; or enter discussions on the burgeoning range of social enterprise and NGO sites, such as Mumsnet, 38 degrees and patientopinion.org, they generate a whole range of data that government agencies might harvest to good use. Policy-makers also have access to a huge range of data on citizens’ actual behaviour, as recorded digitally whenever citizens interact with government administration or undertake some act of civic engagement, such as signing a petition.

Data mined from social media or administrative operations in this way also provide a range of new data which can enable government agencies to monitor – and improve – their own performance, for example through log usage data of their own electronic presence or transactions recorded on internal information systems, which are increasingly interlinked. And they can use data from social media for self-improvement, by understanding what people are saying about government, and which policies, services or providers are attracting negative opinions and complaints, enabling identification of a failing school, hospital or contractor, for example. They can solicit such data via their own sites, or those of social enterprises. And they can find out what people are concerned about or looking for, from the Google Search API or Google trends, which record the search patterns of a huge proportion of internet users.

As for threats, big data is technologically challenging for government, particularly those governments which have always struggled with large-scale information systems and technology projects. The UK government has long been a world leader in this regard and recent events have only consolidated its reputation. Governments have long suffered from information technology skill shortages and the complex skill sets required for big data analytics pose a particularly acute challenge. Even in the corporate sector, over a third of respondents to a recent survey of business technology professionals cited ‘Big data expertise is scarce and expensive’ as their primary concern about using big data software.

And there are particular cultural barriers to government in using social media, with the informal style and blurring of organizational and public-private boundaries which they engender. And gathering data from social media presents legal challenges, as companies like Facebook place barriers to the crawling and scraping of their sites.

More importantly, big data presents new moral and ethical dilemmas to policy makers. For example, it is possible to carry out probabilistic policy-making, where policy is made on the basis of what a small segment of individuals will probably do, rather than what they have done. Predictive policing has had some success particularly in California, where robberies declined by a quarter after use of the ‘PredPol’ policing software, but can lead to a “feedback loop of injustice” as one privacy advocacy group put it, as policing resources are targeted at increasingly small socio-economic groups. What responsibility does the state have to devote disproportionately more – or less – resources to the education of those school pupils who are, probabilistically, almost certain to drop out of secondary education? Such challenges are greater for governments than corporations. We (reasonably) happily trade privacy to allow Tesco and Facebook to use our data on the basis it will improve their products, but if government tries to use social media to understand citizens and improve its own performance, will it be accused of spying on its citizenry in order to quash potential resistance.

And of course there is an image problem for government in this field – discussion of big data and government puts the word ‘big’ dangerously close to the word ‘government’ and that is an unpopular combination. Policy-makers’ responses to Snowden’s revelations of the US Tempora and UK Prism programmes have done nothing to improve this image, with their focus on the use of big data to track down individuals and groups involved in acts of terrorism and criminality – rather than on anything to make policy-making better, or to use the wealth of information that these programmes collect for the public good.

However, policy-makers have no choice but to tackle some of these challenges. Big data has been the hottest trend in the corporate world for some years now, and commentators from IBM to the New Yorker are starting to talk about the big data ‘backlash’. Government has been far slower to recognize the advantages for policy-making and services. But in some policy sectors, big data poses very fundamental questions which call for an answer; how should governments conduct a census, for or produce labour statistics, for example, in the age of big data? Policy-makers will need to move fast to beat the backlash.

This post is based on discussions at the workshop on Responsible Research Agendas for Public Policy in the era of Big Data workshop.