The complicated relationship between Chinese Internet users and their government 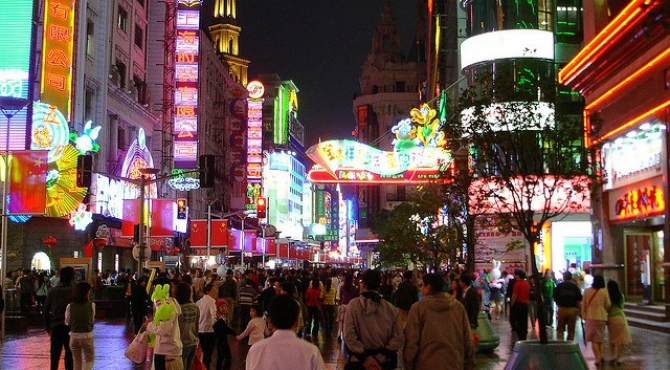 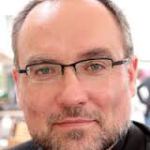 The Chinese government has been incredibly successful and sophisticated in the way it has established control over the Internet in China, both over web content and public discourses about the Internet’s function in Chinese society. David Herold (Hong Kong Polytechnic University) discusses the results of a research project into how students in Shanghai talk about the Internet, arguing that even when criticising government controls and censorship, they do not genuinely challenge the status quo, but accept it as unavoidable and without alternatives. 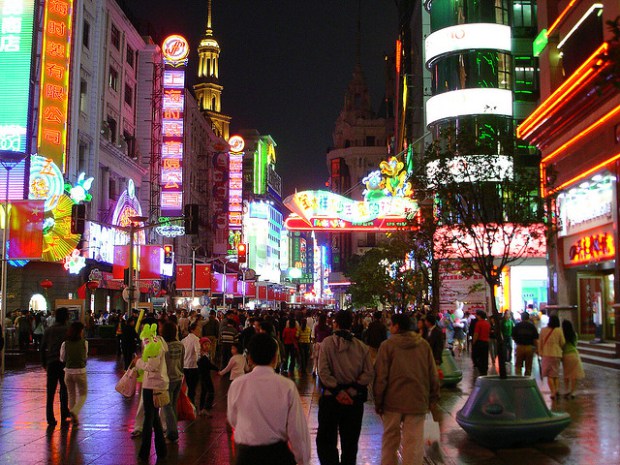 There are many groups and institutions at all levels in China from central to local who are all exerting an influence on Chinese cyberspaces. Image of Nanjing Road, Shanghai, by Jesse Varner.

Ed: What did your young Chinese respondents feel about the Internet, in brief?

David:For our research, we surveyed postgraduate students from all over China who had come to Shanghai to study. We asked them five questions to which they provided mostly rather lengthy answers. Despite them being young university students and being very active online, their answers managed to surprise us. Notably, the young Chinese who took part in our research felt very ambiguous about the Internet and its supposed benefits for individual people in China. They appreciated the greater freedom the Internet offered when compared to offline China, but were very wary of others abusing this freedom to their detriment.

Ed: In your paper you note that the opinions of many young people closely mirrored those of the government’s statements about the Internet — in what way?

David: In 2010 the government published a White Paper on the Internet in China in which they argued that the main uses of the Internet were for obtaining information, and for communicating with others. In contrast to Euro-American discourses around the Internet as a ‘force for democracy’, the students’ answers to our questions agreed with the evaluation of the government and did not see the Internet as a place to begin organising politically. The main reason for this — in my opinion — is that young Chinese are not used to discussing ‘politics’, and are mostly focused on pursuing the ‘Chinese dream’: good job, large flat or house, nice car, suitable spouse; usually in that order.

Ed: The Chinese Internet has usually been discussed in the West as a ‘force for democracy’ — leading to the inevitable relinquishing of control by the Chinese Communist Party. Is this viewpoint hopelessly naive?

David: Not naive as such, but both deterministic and limited, as it assumes that the introduction of technology can only have one ‘built-in’ outcome, thus ignoring human agency, and as it pretends that the Chinese Communist Party does not use technology at all. Given the intense involvement of Party and government offices, as well as of individual party members and government officials with the Internet it makes little sense to talk about ‘the Party’ and ‘the Internet’ as unconnected entities. Compared to governments in Europe or America, the Chinese Communist Party and the Chinese government have embraced the Internet and treated it as a real and valid communication channel between citizens and government/Party at all levels.

Ed: Chinese citizens are being encouraged by the government to engage and complain online, eg to expose inefficiency and corruption. Is the Internet just a space to blow off steam, or is it really capable of ‘changing’ Chinese society, as many have assumed?

David: This is mostly a matter of perspective and expectations. The Internet has NOT changed the system in China, nor is it likely to. In all likelihood, the Internet is bolstering the legitimacy and the control of the Chinese Communist Party over China. However, in many specific instances of citizen unhappiness and unrest, the Internet has proved a powerful channel of communication for the people to achieve their goals, as the authorities have reacted to online protests and supported the demands of citizens. This is a genuine change and empowerment of the people, though episodic and local, not global.

Ed: Why do you think your respondents were so accepting (and welcoming) of government control of the Internet in China: is this mainly due to government efforts to manage online opinion, or something else?

David: I think this is a reflex response fairly similar to what has happened elsewhere as well. If e.g. children manage to access porn sites, or an adult manages to groom several children over the Internet the mass media and the parents of the children call for ‘government’ to protect the children. This abrogation of power and shifting of responsibility to ‘the government’ by individuals — in the example by parents, in our study by young Chinese — is fairly widespread, if deplorable. Ultimately this demand for government ‘protection’ leads to what I would consider excessive government surveillance and control (and regulation) of online spaces in the name of ‘protection’ and the public’s acquiescence of the policing of cyberspace. In China, this takes the form of a widespread (resigned) acceptance of government censorship; in the UK it led to the acceptance of GCHQ’s involvement in Prism, or of the sentencing of Deyka Ayan Hassan or of Liam Stacey, which have turned the UK into the only country in the world in which people have been arrested for posting single, offensive posts on microblogs.

Ed: How does the central Government manage and control opinion online?

David: There is no unified system of government control over the Internet in China. Instead, there are many groups and institutions at all levels from central to local with overlapping areas of responsibility in China who are all exerting an influence on Chinese cyberspaces. There are direct posts by government or Party officials, posts by ‘famous’ people in support of government decisions or policies, paid, ‘hidden’ posters or even people sympathetic to the government. China’s notorious online celebrity Han Han once pointed out that the term ‘the Communist Party’ really means a population group of over 300 million people connected to someone who is an actual Party member.

In addition to pro-government postings, there are many different forms of censorship that try to prevent unacceptable posts. The exact definition of ‘unacceptable’ changes from time to time and even from location to location, though. In Beijing, around October 1, the Chinese National Day, many more websites are inaccessible than, for example in Shenzhen during April. Different government or Party groups also add different terms to the list of ‘unacceptable’ topics (or remove them), which contributes to the flexibility of the censorship system.

As a result of the often unpredictable ‘current’ limits of censorship, many Internet companies, forum and site managers, as well as individual Internet users add their own ‘self-censorship’ to the mix to ensure their own uninterrupted presence online. This ‘self-censorship’ is often stricter than existing government or Party regulations, so as not to even test the limits of the possible.

Ed: Despite the constant encouragement / admonishment of the government that citizens should report and discuss their problems online; do you think this is a clever (ie safe) thing for citizens to do? Are people pretty clever about negotiating their way online?

David: If it looks like a duck, moves like a duck, talks like a duck … is it a duck? There has been a lot of evidence over the years (and many academic articles) that demonstrate the government’s willingness to listen to criticism online without punishing the posters. People do get punished if they stray into ‘definitely illegal’ territory, e.g. promoting independence for parts of China, or questioning the right of the Communist Party to govern China, but so far people have been free to express their criticism of specific government actions online, and have received support from the authorities for their complaints.

Just to note briefly; one underlying issue here is the definition of ‘politics’ and ‘power’. Following Foucault, in Europe and America ‘everything’ is political, and ‘everything’ is a question of power. In China, there is a difference between ‘political’ issues, which are the responsibility of the Communist Party, and ‘social’ issues, which can be discussed (and complained about) by anybody. It might be worth exploring this difference of definitions without a priori acceptance of the Foucauldian position as ‘correct’.

Ed: There’s a lot of emphasis on using eg social media to expose corrupt officials and hold them to account; is there a similar emphasis on finding and rewarding ‘good’ officials? Or of officials using online public opinion to further their own reputations and careers? How cynical is the online public?

David: The online public is very cynical, and getting ever more so (which is seen as a problem by the government as well). The emphasis on ‘bad’ officials is fairly ‘normal’, though, as ‘good’ officials are not ‘newsworthy’. In the Chinese context there is the additional problem that socialist governments like to promote ‘model workers’, ‘model units’, etc. which would make the praising of individual ‘good’ officials by Internet users highly suspect. Other Internet users would simply assume the posters to be paid ‘hidden’ posters for the government or the Party.

Ed: Do you think (on balance) that the Internet has brought more benefits (and power) to the Chinese Government or new problems and worries?

David: I think the Internet has changed many things for many people worldwide. Limiting the debate on the Internet to the dichotomies of government vs Internet, empowered netizens vs disenfranchised Luddites, online power vs wasting time online, etc. is highly problematic. The open engagement with the Internet by government (and Party) authorities has been greater in China than elsewhere; in my view, the Chinese authorities have reacted much faster, and ‘better’ to the Internet than authorities elsewhere. As the so-called ‘revelations’ of the past few months have shown, governments everywhere have tried and are trying to control and use Internet technologies in pursuit of power.

Although I personally would prefer the Internet to be a ‘free’ and ‘independent’ place, I realise that this is a utopian dream given the political and economic benefits and possibilities of the Internet. Given the inevitability of government controls, though, I prefer the open control exercised by Chinese authorities to the hypocrisy of European and American governments, even if the Chinese controls (apparently) exceed those of other governments.

Dr David Herold is an Assistant Professor of Sociology at Hong Kong Polytechnic University, where he researches Chinese culture and contemporary PRC society, China’s relationship with other countries, and Chinese cyberspace and online society. His paper Captive Artists: Chinese University Students Talk about the Internet was presented at the presented at “China and the New Internet World”, International Communication Association (ICA) Preconference, Oxford Internet Institute, University of Oxford, June 2013.