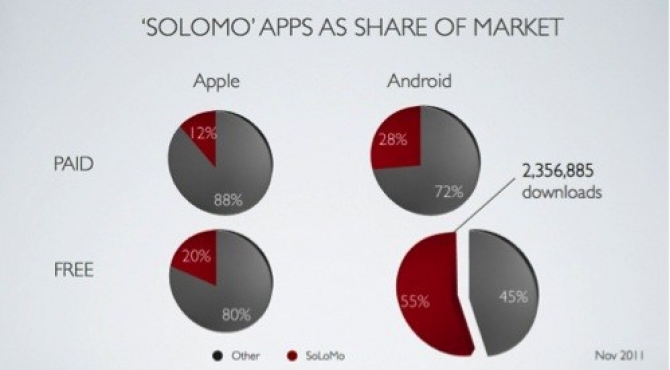 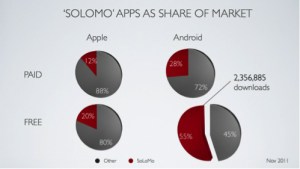 Behavior change is one of the most difficult things to achieve whether you’re trying to alter consumer purchases or harmful lifestyles. I was able to share my thinking on how mobile apps contribute to the war being waged in becoming our better selves at Editorial Intelligence’s Mobile World Conference in association with Vodafone, The Huffington Post and Channel 4.

I see two main models that inform how app developers hope to change behaviour: the rational and social learner. Apps that involve logging new data about oneself expose the previously unseen. Apps to track fitness and diet, spending or transport could be employed by anyone with health or efficiency goals. You log calories, see how much you eat, and using this new knowledge, adjust your diet accordingly. In economics 101, rational actors would see this new data about themselves and respond accordingly. This process could work where actual costs exist, but when it comes to complex social relationships like the one we have with food, it seems a bit flat and unrealistic.

Another model involves seeing the data generated by apps as embedded within an aggregate of their users, a.k.a. social networks. Apps that engage in building a world of social learning allow users to see how much other people exercising, spending or commuting. Apps can publish your data out to commingle with others on your social network, or provide a dedicated network of people using that app. Some apps, or settings within apps, allow us to see where we are in the bell curve anonymously. Of course, this can elicit negative feedback when we see our spending is below normal, or exercise above average. Both (1) generating data about ourselves and engaging with it on a personal level, and (2) aggregating data where we see ourselves within a social sphere are effective methods to remember as we move to some case studies on dating, health and financial apps.

Firstly though, let us consider the tool box. Intersecting functionalities are equipping would-be behavior changers with a powerful new means of tradecraft. Apps can draw on social, mobile and local, or ‘SoMoLo’ capabilities. Perhaps a brief explanation is required: Social refers to the ability for apps to integrate with social media platforms or incorporate their elements, mobile refers to the spreading adoption of ever more powerful mobile telephony, and finally, local refers to the ability to tailor content from both actively and passively collected built-in GPS data.

Considering the obvious power of this trifecta, we could assume that app developers would incorporate them all by default, or at least in the majority of their projects. I took an extremely quick pass at coding the top 25 most popular free and paid apps in Google Play, i.e. Android phone marketplace, and the Apple App Store. Based on each app’s description in the store, I determined which of the ‘SoMoLo’ functions it possessed. To be completely honest, this data is not particularly robust and could use a second pass, a deeper dive beyond the product description, better definitions to guide the coding and more coders to generate reliability. However, as a way to gauge the market, it serves.

Surprisingly, you can see that less than a quarter of the most popular apps take advantage of the trifecta. Apple scores below Android and Android’s free apps employ the most ‘SoMoLo,’ with 55 percent of apps falling into that category. Many scholars, members of the popular press, and consumers have pointed out that Apple’s more restrictive regulation of developers and its centralized approach toward approving content reduces innovation. The point being: we have a toolkit of social, mobile and localization technologies that has not penetrated the market, which means both user and developer literacy of how to use them appropriately for behavior change remains nascent.

On to the first case study… In the way that porn has changed the Internet, Grindr has changed mobile apps. Grindr is an example of a technology that perfectly suits the task. Members build profiles usually just a photo and a few details. People rarely use their real names. The home screen shows who is online in your immediate vicinity. It shows who is online within a user designated distance such as 1 mile or more with accuracy to 350 ft. You can view profiles for those who are online and message any with whom you might be interested in coordinating a meet up. A friend and frequent Grindr user told me that it’s a dream realized to have a secret flag over peoples’ heads declaring their orientation and intentions that only other gay men can see. Grindr has hands down changed how a large swathe of people can meet their partners for life or just the night. Some good practices can improve personal security and relieve some of the burden during public meet ups; discussing consent and what you’re into is easier online before a meet up than in an initial face-to-face, and convenience should not be underestimated as a real value for people. There are negative social consequences such as objectifying individuals in an online market, but as an antidote to the bar pick-up culture, or for those in areas without gay clubs and bars, Grindr has ultimately helped a lot of people make connections and change their romantic lives. 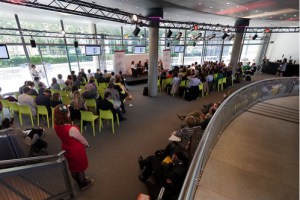 Engaging in learning through a social app must also be informed by the actual character of the network. An app that is a blockbuster for one community cannot necessarily replicate itself elsewhere without considering the dimensions of the new community. The flirting/dating apps Skout and Skout+ have interfaces that look and function nearly identically to Grindr, except that they are aimed at a general audience which skews more heterosexual. Instances of sexual assault and rape of underage users by adults have given the app the pedophile stigma (see Slate [http://www.slate.com/blogs/xx_factor/2012/06/13/the_social_app_skout_tried_hard_to_keep_teenagers_safe_and_still_failed.html] and/or Jezebel [http://jezebel.com/5917897/this-social-media-startup-accidentally-become-an-app-for-pedophiles]articles). Downloads have suffered accordingly. This is every developer’s worst nightmare, but not a totally unpredictable one given an overly broad network approach that disregards power differentials and adequate safe guards against the victimization of users.

A lot has been said about the potential for so-called mHealth initiatives to tackle some of the biggest public health challenges, specifically obesity and diabetes. Interestingly, Tufano and Karris (2005; http://www.ncbi.nlm.nih.gov/pmc/articles/PMC1550687) contrasted failures of big public health campaigns such as “Five a Day for Better Health” in California and “Active for Life” in the UK against the potential of using mobile health initiatives to change behavior. Looking at the market today, I see two kinds of apps. Those targeted to very specific goals, such as 100 Push Ups, RunTracker and Free from Smoking, while others offer a more general approach to health, including the likes of MyTracks, Healthier and LiveStrong. LiveStrong in particular is a favorite of mine. Medical researchers Halko and Kientz (2010; http://www.springerlink.com/content/37250x67089m2736/?MUD=MP) have said that mobile apps would be more effective in the health arena if they were more tailored to individual personalities. LiveStrong offers a suite of apps for different goals and sets of behaviors with a matching online community and services. You can decide what level of depth to go into with the app and how much to share, or to what aspect of your life to apply the tools. I also appreciate the lack of feminization of diet, fitness, and weight loss. The black color scheme and lack of cuteness makes it gender neutral, perhaps even skews it male. LiveStrong is able to balance social learning that is both personalized and general in user appeal.

Financial apps provide us with one final example of behavior change apps. With this category, I want to highlight the development process. I’m also a fellow with IDEO.org, which aims to “design a better world with everyone.” They apply human-centered design to the social sector. Recently, they began development of an app that serves as middle ware between microfinance institutions and their clients to encourage savings. Before beginning market research or production, they sat down and asked the clients how they saved money. Then they brought those same clients a prototype to evaluate. You start by looking at the behavior you’re hoping to change before you attempt any kind of intervention. It’s a basic principle, though often overlooked.

Challenges to using mobile apps for behaviour change are numerous. But fundamentally, we need to design better apps. I see how few apps are opened more than once (somewhere around a quarter of all apps; http://mobithinking.com/mobile-marketing-tools/latest-mobile-stats/e#mobile-app-flops) and I think we have a lot of work to do on passing that first impression test based on interface and design. We have to pass this hurdle before people make the intimate decision to allow pocket-based mobile technologies to improve their behaviours.